Critical and Social Pedagogies for Inclusive Excellence in Education Abroad

This e-learning short course explores how theoretical perspectives on critical and social pedagogy can be used to develop inclusive education abroad programs that are culturally-responsive and student-centered. The course will also explore program director’s own cultural biases, how to be culturally responsive, and how to help students identify and learn about other cultures and communities as well as their own cultural place in the world.

The intended learning outcomes are to:

Please note that all Diversity Abroad Short Courses are available for 7 days after purchase. Check out our Frequently Asked Questions for additional information. 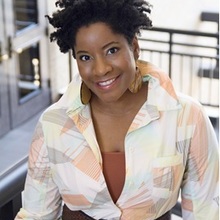 Skyller Walkes is a deeply impassioned scholar and educator-activist for initiatives that champion critical dialogue and impact positive change. She is currently a candidate in the Adult, Professional, and Community Education doctoral program at Texas State University.   Her dissertation focuses on the Afro-Cuban experience with activism, race and intersectionality.   Prior to her current role as Interim Director in the Office of Disability Services at Texas State University, Skyller's professional and academic career has taken her to New Jersey, New York City, California, and abroad where she lived and worked for several years.   Her research has also taken her to Chile, Brazil, South Africa, and several countries across Europe.  Skyller has worked along the K–16 trajectories, including adult and community education, both domestically and internationally with various populations."

In addition to being an educator with a background in social services, the breadth and width of her professional experience includes nonprofit and for-profit project management, educator coaching and training, account management, K-16 curricula supports, Special Education, adult education initiatives, English Language Learners, and social justice reform through community outreach and activism. Her passion for the aforementioned culminated in her role as an educational consultant in several international projects which took her to London and South Africa where she conducted workshops and facilitated at symposiums for educators, administrators and government officials to promote literacy, social justice, and education reform. Skyller’s work as an education consultant also expanded to include programing and facilitated outreach for schools, regional libraries and diversity community education with the United States Embassy in Madrid, Spain, where she resided for three years.

In addition to working with the Anti-Defamation League, Diversity Abroad, local community organizations and sociopolitical reform, her intentional work surrounding social justice in schools and neighboring communities is demonstrated in her steadfast civic engagement and community involvement through community organizing.  Moreover, Skyller works steadfastly to engage and support students and other educators on critical themes of inclusion, diversity, and social action by facilitating various strategic curricula implementation workshops and trainings for educators, university and K-12 students, as well as, disenfranchised youth and communities.